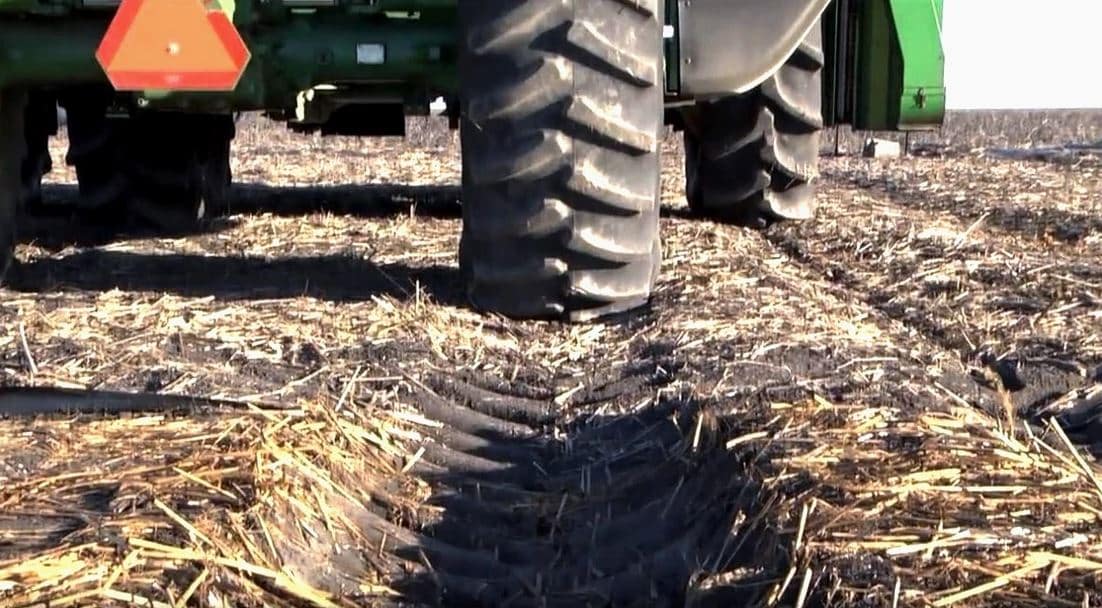 Soil compaction is an agronomically important factor in soil and crop health. It is a widespread phenomenon that affects all soil types in some capacity and poses several complications for farmers as it can restrict root growth and inhibit the shoot growth of plants. These complications cause negative results in all aspects of crop production. Soils with the smallest particle sizes, like clay or silt, are the most prone to compaction. One of the contributing factors is the field equipment which continues to be larger and heavier, thereby creating persistent subsoil compaction.

In order for glomalin to be produced, plants and mycorrhizal fungi must co-exist in the soil. Glomalin needs to continually be produced because it is readily consumed by bacteria and other microorganisms in the soil. Bacteria grow better in tilled soil because they are hardier and smaller than fungi, so bacteria numbers increase in tilled soils. Fungi need more stable conditions to survive, therefore, they do not grow as well in tilled soils. Since fungi do not thrive in tilled soils, less glomalin is produced and fewer macroaggregates are formed. This decrease in macroaggregates can result in poor soil structure; thus leading to an increase in soil compaction.

Plants need to be able to penetrate deep into the soil to extract water and nutrients, both of which are essential for successful growth. However, it is often forgotten that plants need air in the soil in addition to water and nutrients. Soil compaction not only creates a strong physical barrier to the rooting system of the crops but also causes them to bounce on the hardpan. This result is a series of unfavourable conditions for the crop such as anaerobiosis or a lack of oxygen.

Soil compaction is therefore partly a biological problem related to a decrease in the production of polysaccharides and glomalin in the soil. This is a direct result of the absence of living roots and mycorrhizal fungi in the soil’s food web. These bacteria and fungi perform many useful functions such as decomposing plant residue, releasing nutrients as well as forming aggregates. However, when the soil is heavily compact this affects negatively the organisms that inhabit it. For example, earthworms, have a harder time burrowing into the soil. In order to have productive soil, it extremely important to become consciences of these factors which favour soil life. Any increase in soil compaction can result in a decrease in biological populations as well as diversity and activity. HumaTerra Indigenous Soil Biostimulants help to restore the balance of these communities of beneficial microorganisms that make up the soil’s food web.