In 2019, HumaTerra set up commercial head-to-head trials that compared the yields of several crop varieties. Half of the parcel of land was treated with the recommended rate (RR) of fertilizers (control) against the other half that was treated with the RR plus HumaTerra’s H-Start. Crops tested included canola, wheat, oats, faba beans, barley, and soybeans. We noticed better results using H-Start, with the most positive results occurring from in-furrow application. In this trial, we saw no effect of the treatment on soybean. In a separate test using organic soybeans, in dry weather conditions, where no fertilizers were used in the control parcel, using H-Start resulted in a higher yield – 25 bushels per acre, compared to 15 bushels per acre from the untreated control parcel. 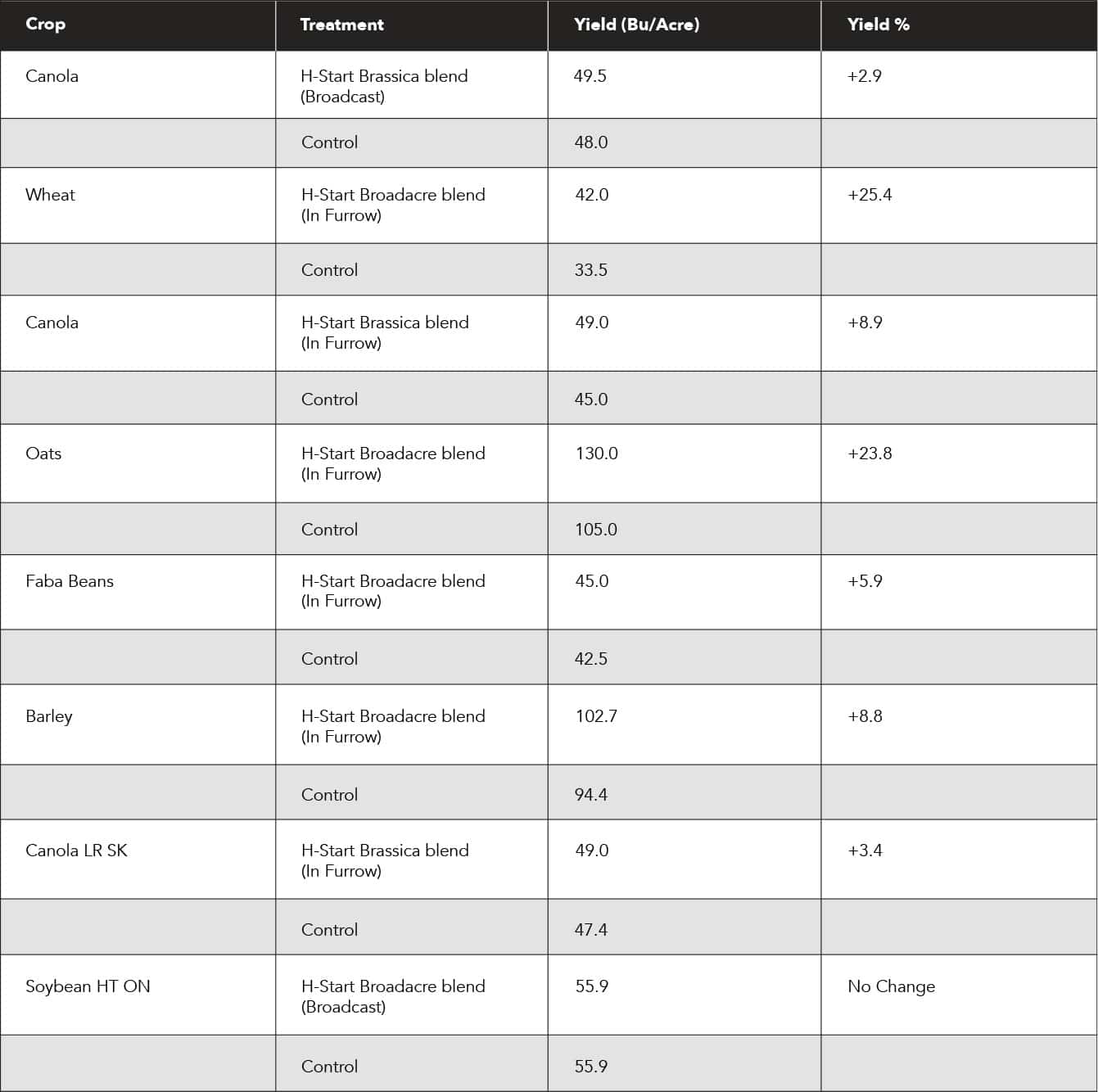 In 2018, we conducted a canola-focused trial that demonstrated an excellent return on investment for the H-Start treated crops. We noted increased canola yields with our H-Start Brassica blend. The cost-per acre ($23) of the H-Start treatment was largely paid off by the yield increase: 6 bushels/acre at $12 in 2018 is $72, which gives a margin increase of CAN$50/acre. Adjusted for inflation, the 2022/23 market value adds up to $19/bushel increase per acre. Additionally, the gains in furrow vs. broadcast yield were as follows: furrow = 55 lb/acre and broadcast = 60 lb/acre.
2018 Canola Test Field Scale Results

2017 Proof of Concept at Field Scale

HumaTerra’s H-Start blends don’t just improve soil health but provide farmers with greater yields and thus greater profits. Our 2017 Proof of Concept at Field Scale trial validated the results we discovered in our initial study, 2016’s Proof of Concept trials (detailed below). Even with a relatively short maturation of the composts, satisfactory results were achieved. Better controlled maturation and progress in ingredient selection will only foster better H-Start performance. 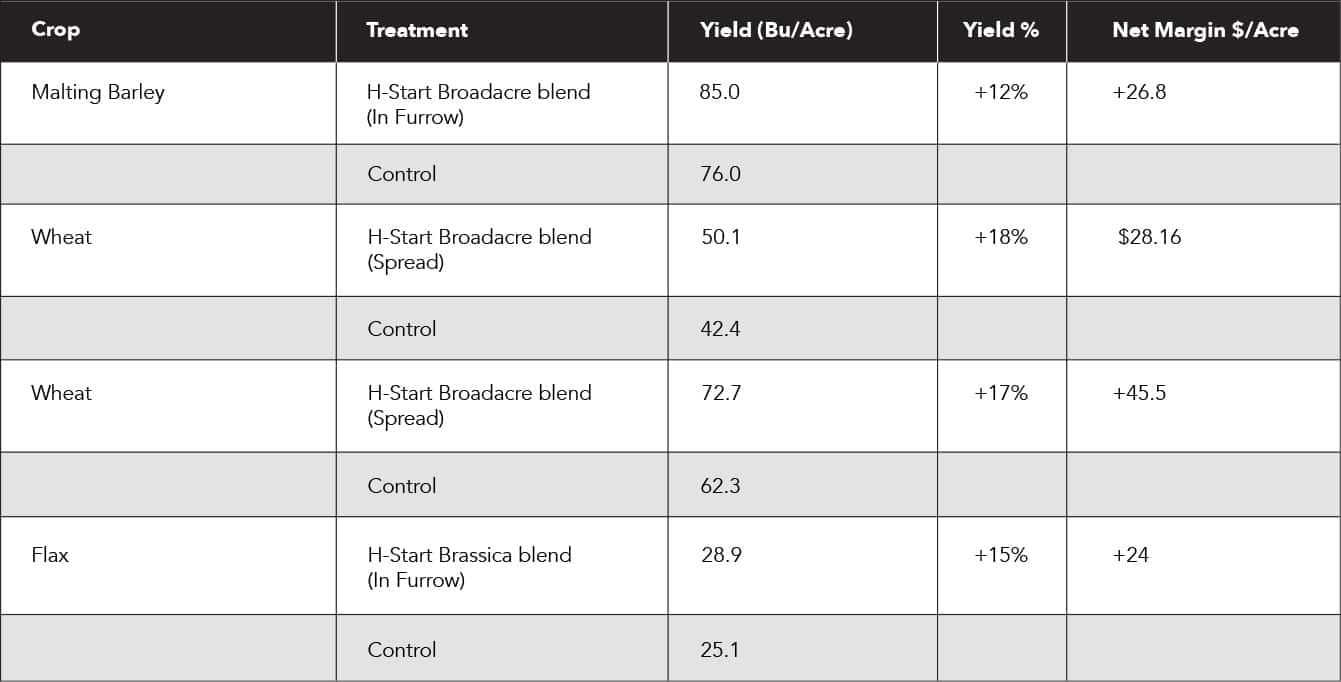 In our first trial, we compared flax, canola, oat and mixed crops in soils treated with H-Start versus non-treated (control) soils. The flax roots grown in the treated soil were 15% longer and stronger than the ones in the control soils, the flax stems in the applied soils had a significantly larger diameter and the yield in the applied soils (no nitrogen) was 29% higher than the control soils (50 lb nitrogen). On larger parcels, when H-Start was applied as an addition at 90lb/acre to the conventional treatment, yield increases were +18% for canola, +8% for oat and +6% for mixed crops. 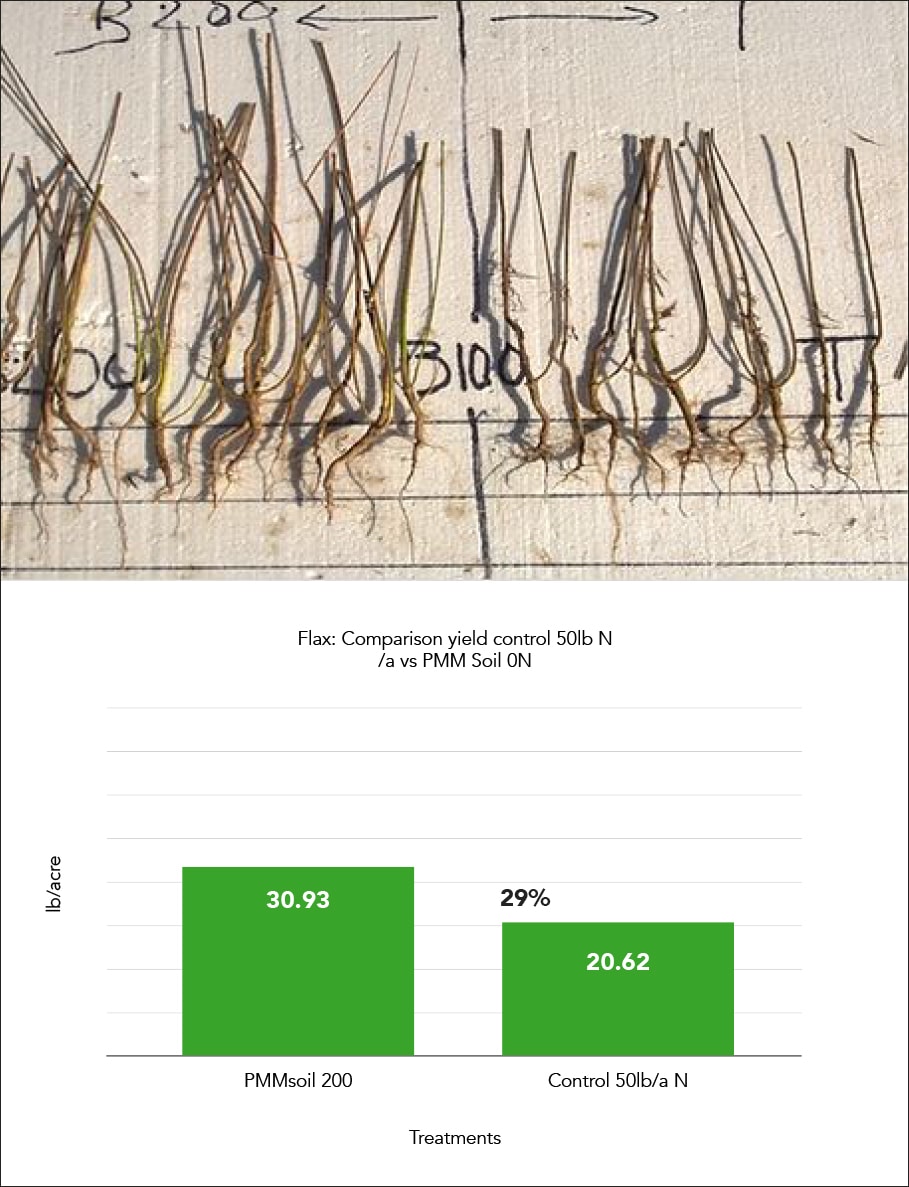 Want to learn more about our trials?

Stay up to date on the most recent test results

We will be updating our trial results monthly during the 2023 growing
season. Subscribe now to stay up to date on the latest results.